What was supposed to be a predicted victory, ended up in a dramatic and unprecedented upset. As election experts remained puzzled after Donald Trump emerged victorious over Hillary Clinton, America woke up to a new and uncertain day. On November 9, 2016 all eyes turned on the USA watching in anticipation and concern.

Paolo Quadrini steps into this new day with his different approach to depict our time. He describes an imaginary day in New York during the elections, from his point of view presented in diptych form. In his series of photos called ’MyDay’, he showcases fear, concern and illusion contrasted with pride, strength and awareness.

Portraying the political climate, as it is reflected through passionate people and unnerving objects. All of which show the broader picture of his surreal vision of New York, a sanctuary city in uncertain times.

Photo Book: New York Edited. Out of place is available at 25books Berlin. 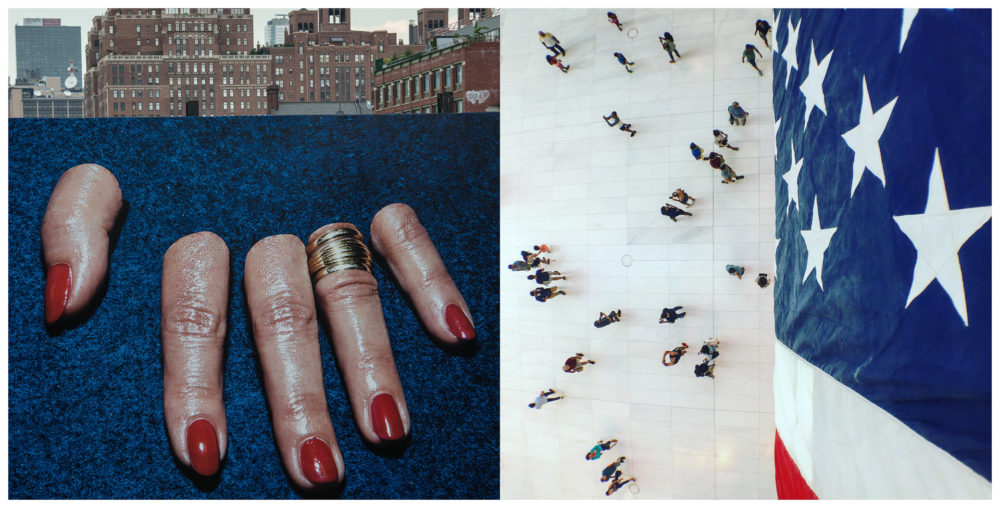 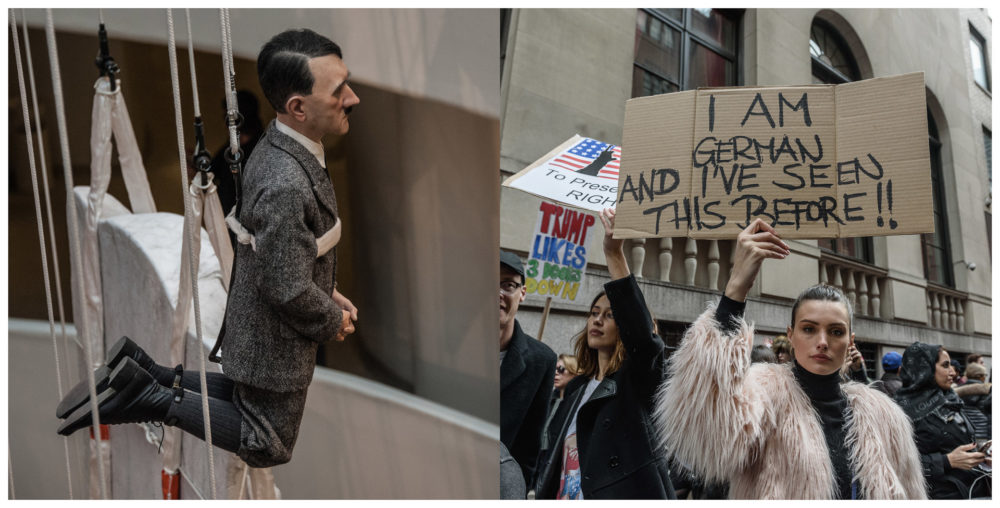 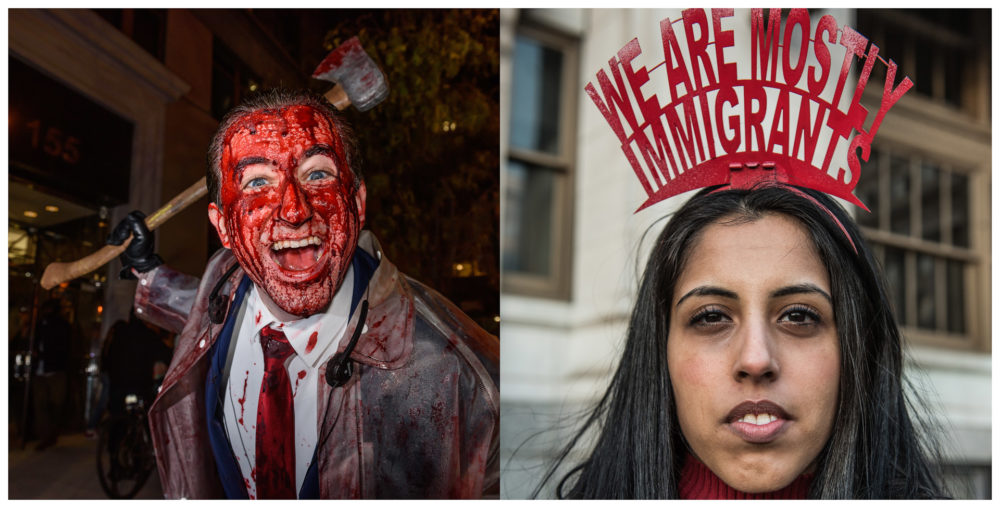 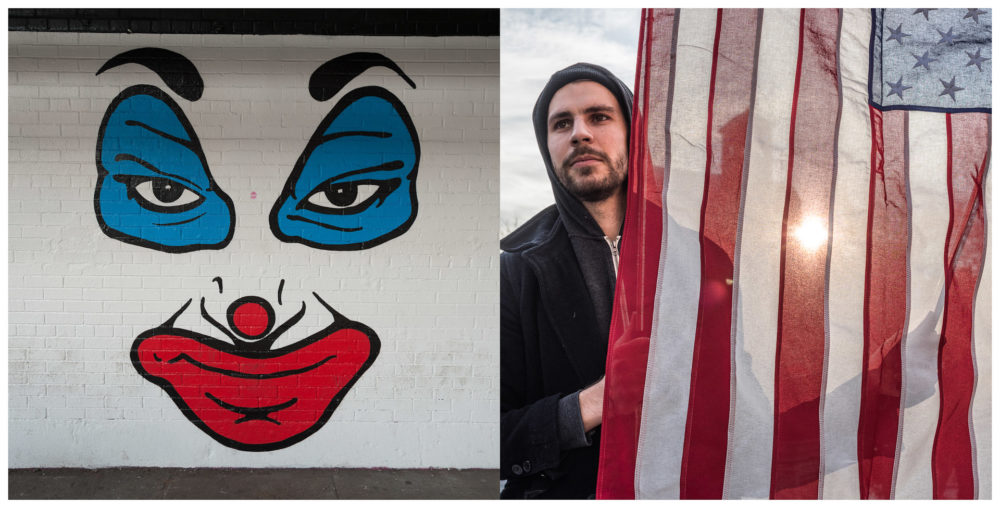 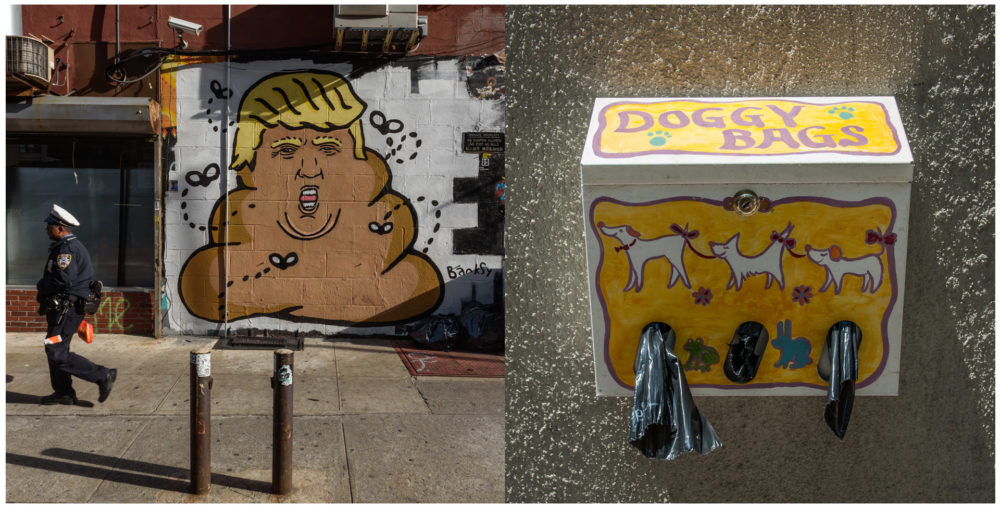 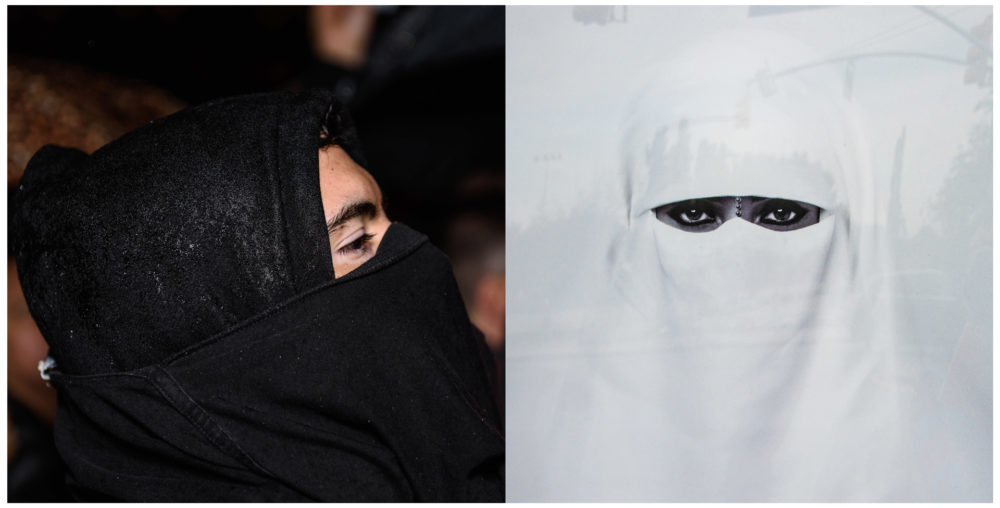 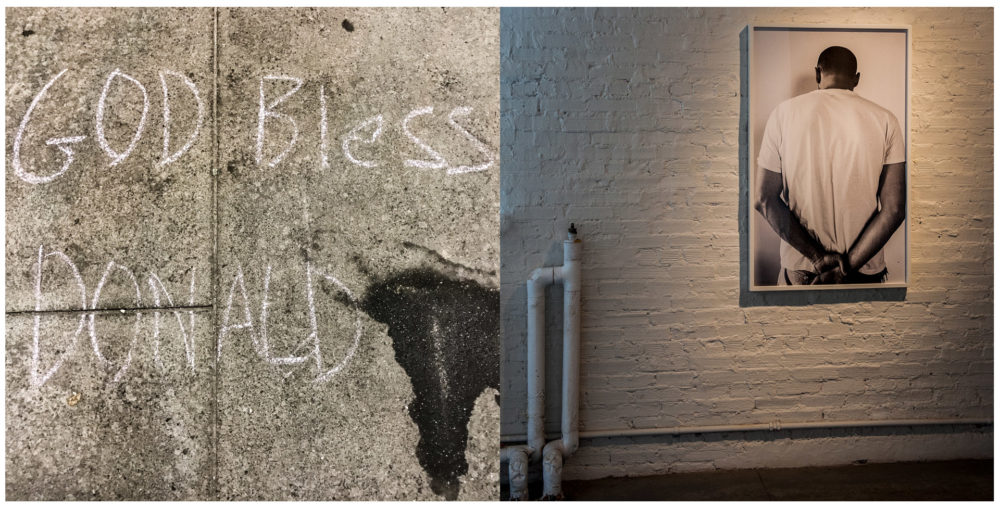 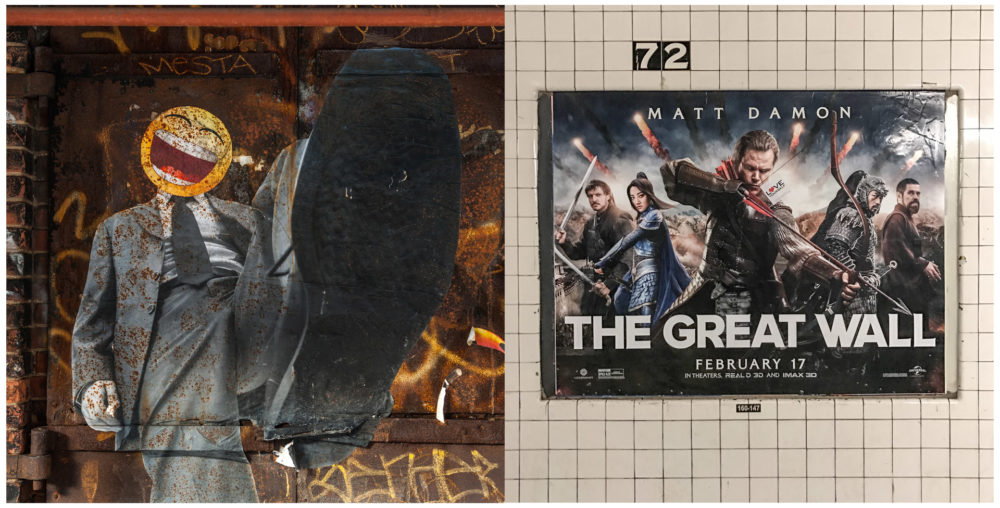 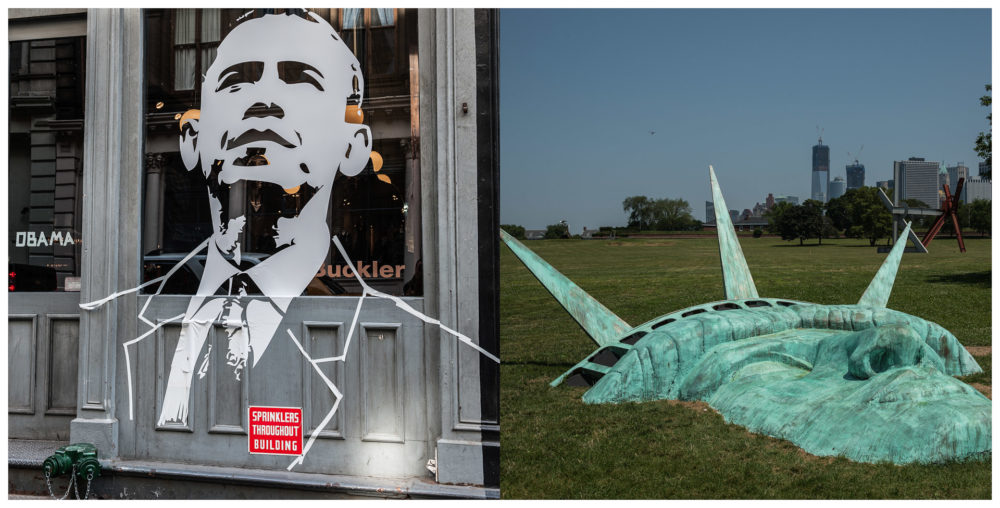